This article appeared on New Wave Feminists’ blog and includes excerpts from the Daily Local News story by Nate Heckenberger.

It’s a Tuesday late in April and Melissa Gormley sits in a recliner, cherishing the bumps and kicks from her baby, growing inside her womb. As minutes crawl into hours, the sign of life is a welcomed distraction from the taxol and carboplatin streaming through her veins.

Melissa, 31, is not alone, surrounded by other patients in a room full of recliners and IVs, as she sits through her first chemotherapy session. The cancerous tumor on her cervix threatens to deny her a full motherhood experience, and even though her first pregnancy was not planned nor expected, Gormley’s motherly instincts are already sharpened and she is prepared to fight.

“There are definitely times where I break down crying,” Melissa said. “It’s scary thinking about all the what ifs. Like, what if it doesn’t work? What if something happens during delivery? All of those thoughts go through your head. She’s moving a lot now, so every time we have that I just think, we’re doing all this so she’s healthy, so I’m healthy, so I can be there for her. That kind of helps me get through it.”

Melissa Gormley met Dave Good 13 months ago, while training for their serving jobs at World of Beer in Exton, PA. 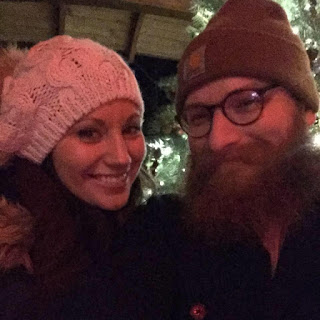 An unassuming beginning led to a spontaneous six-hour first date which led to a relationship. “She was so shy and she had this nervous laugh,” Dave recalls. Just after New Year’s, the couple received the most life-changing of all surprises: Melissa was pregnant.

“We were both kind of like, ‘what?!,’” she said. Shock transformed into excitement, and at 14 weeks the pair found out they’d be having a girl. That same night, Melissa experienced some light bleeding, which prompted a trip to the doctor, and eventually a biopsy.

Every day that passed, every time the phone rang, tension and urgency built, magnified by the little life inside.

“We were so excited and were finally over the shock of ‘we’re pregnant,’” David said. “We were starting to be like, ‘This is awesome, we’re going to be able to start our life together’ and then we get this news and we wondered, what does that mean for our new life? Did it mean it couldn’t happen anymore? Can we still have the baby? Is Melissa going to be OK?”

When Melissa finally got a voicemail from their doctor’s personal cell phone, she didn’t want to call back. There was little that could soften the blow of the news: cervical cancer.

“I was in shock at that point,” Melissa said. “I kind of mentally prepared myself that I might not get the news I wanted, but it was still very hard hearing that.”

The process to recovery began, but Gormley’s case was not only rare, but a bit more challenging, timeline-wise. Had Melissa been early into her pregnancy, terminating it may have been a recommended route. Discovery in the third trimester could have allowed for some wiggle room on the start of treatment.

Melissa was smack-dab in the middle of her pregnancy, leaving her with really only one choice.

“Ending the pregnancy was not an option for me,” she said. “I knew that right from the beginning. Even if they were like ‘we can’t do anything for you,’ I would’ve waited. I was really just concerned for her.”

Friends and family searched for the right response in an avalanche of unknown.“It was heartbreaking,” said Sharon Good, Dave’s mother. “To go from such a high of knowing I was going to be a grandmother to hearing she has cancer, it broke my heart. Whoever thought a pregnant woman could have chemo, but when I heard that I said, ‘OK, we’re gonna fight this.’ There’s nothing else to do.” 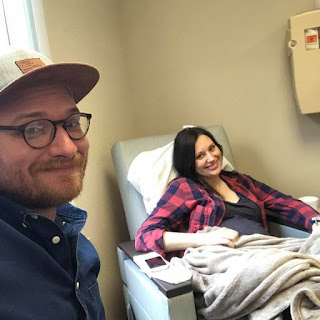 With more and more information out there, chemotherapy while pregnant is a viable option. Melissa will have her second chemo session Tuesday and another three weeks after. Following that, she’ll undergo another MRI to check the progress. If the tumor has been reduced, Gormley will go for a fourth session. If progress is minimal, the plan is to deliver the baby through caesarean section around 30 weeks and then surgically remove the tumor.

Needless to say, when baby Olivia makes her arrival to the world, she will be a beacon of joy and of hope and of gratefulness.