Live Action News—In a medical first, twins have been born to a woman who was declared brain-dead and was kept on life support for 123 days. The boy and girl were delivered by C-section, and their mother, 21-year-old Frankielen da Silva Zampoli Padilha, died after their birth.

In October 2016, Zampoli Padilha was nine weeks pregnant with the twins and was mom to two-year-old daughter Isa Beatriz, when she called her husband Muriel Padilha at work asking him to come home immediately.

“She said her head was killing her,” Padilha told the Mirror. “I told her to take a tablet. But she said there was a sharp pain at the back of her neck and it was so strong she felt she was going to collapse.” 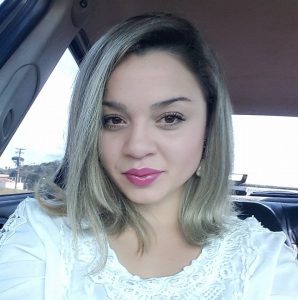 When Padilha returned to their home he found his wife dizzy, vomiting from the pain, and crying. As he drove her to Nosso Senhora do Rocio hospital in South Brazil, she seemed to predict her future.

“[…] she said, ‘I want you to be prepared to accept this because I will be staying there, I won’t be coming home’,” said Padilha. She lost consciousness before they made it to the hospital.

Zampoli Padilha had suffered a cerebral hemorrhage in which a vein bursts inside the brain causing brain damage. After three days of testing, doctors declared her brain-dead and offered no hope that the twins would survive.

“They told me they would give the babies three more days of life because they had given my wife multiple CT scans, sedated her with powerful drugs and pumped her full of antibiotics and this meant everything had ended up in our babies,” said Padilha. “They said as soon as their hearts stopped beating, they would turn off the gadgets and I would be able to bury my wife.”

However, the babies hearts didn’t stop. They completely shocked doctors when they hung onto their lives and continued to grow. Doctors soon decided to keep Zampoli Padilha on life support to try and save her preborn children.

Complex medical treatments were used to keep the children alive and developing properly. Doctors had to consider how to maintain oxygen, blood pressure, nutrition, hormones, blood flow, and more. But they also wanted to ensure that the babies were nurtured as their mother would have nurtured them if she could.

“The success of this case was down to great teamwork and, of course, to a divine purpose,” said Dr. Dalton Rivabem, head of Neurological ICU.

While their father visited them every day, over 20 others took part in caring for the babies. The team created their own village to help the babies by doing everything from singing and talking to them to rubbing their mother’s belly and saying “we love you.” They also decorated the ICU room to ensure it was always full of love and affection for the babies and their family.

The twins, Ana Vitoria and Asaph, were delivered at seven months gestation in February weighing about three pounds each. They were kept in incubators for three months before being sent home with their father and big sister. Their maternal grandmother helps care for them while their father is working.

“I’m so proud of my daughter,” said Angela Silva. “It’s been hard losing her but she was a warrior right until the end, protecting her beautiful children and giving them life until the day she finally died.”

A similar case occurred in 2016 when a preborn baby boy was kept alive for 107 days before his birth after his mother was declared brain-dead after suffering a stroke.

Brazilian law leans pro-life, as abortion in the country is legal only in cases of rape or danger to the mother’s health.