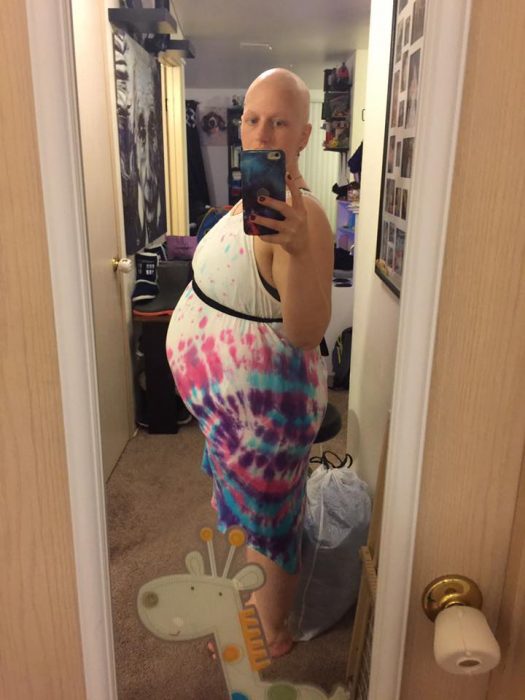 Maher trusted her instincts and found a new doctor in Portland who listened to her concerns about the lump and without even checking the lump herself, sent Maher for a biopsy. The lump had been the size of a pea when she first discovered it, now it was as large as a peach. The biopsy showed that it was indeed cancer.

“I remember sitting there with my husband and I heard her say, ‘You have breast cancer’ and I don’t remember anything else she said,” explained Maher. “I told her, ‘Thank you for listening’. She asked all of her colleagues for oncologist recommendations and she made appointments for me to go the very next day.”

Maher met with a surgical oncologist the day after learning she had breast cancer. After she was told about the chemo she would be receiving, Maher, scared for her child, asked the doctor, “What about the baby?”

“She told me, ‘Oh, yeah, you’re keeping the baby,’” said Maher. Another oncologist confirmed that the chemo Maher would be receiving was safe for her preborn child.

The next week, at 15 weeks gestation, Maher started chemo. The chemo attacks rapidly dividing cells so it would not be something doctors would use during the first trimester, but it was safe to use through the second trimester until 33 weeks.  During this time she endured five rounds of chemo and two surgeries. Then at 35 weeks, Maher was induced. Her baby girl Illianna was perfectly healthy.

“There were no side effects,” she said. “There are certain kinds of chemo you can’t have during pregnancy but the one I had doesn’t cross the placenta. I donated the placenta and the baby’s first poop to a hospital and they tested it and it came back saying there wasn’t any chemo in either.”

After her daughter’s birth, Maher had four more rounds of chemo and 33 rounds of radiation. She is on oral chemo for six months and sees an oncologist every three months for the next three years, every six months for two years after that, followed by every year for five years after that. There is a good chance the cancer will return in the next three years. 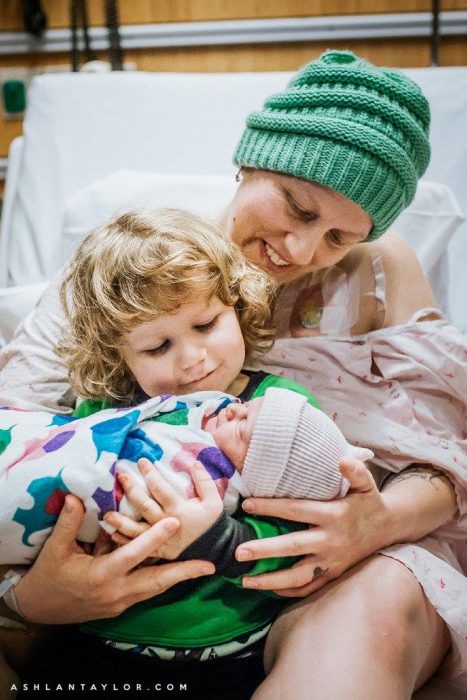 Maher said she is grateful to her community who rose to the occasion when she was diagnosed. Total strangers donated baby clothes and gear, and she received thousands of ounces of donated breast milk from the Hike It Baby group. In fact, she received so much she was able to donate to other moms and babies in need.

Maher admits that if she had followed the advice of her first doctor who said she would have to abort, Illianna might not be here today…

Maher says she has now met a “surprising” amount of women who are in a similar situation. Her advice is to always get a second opinion. She stresses the importance of having a doctor who will advocate for you. Her oncologist fought for her, taking her case to the tumor review board almost weekly to get opinions from other doctors.

“Advocate for yourself. Don’t settle,” she said. “A lot of doctors, primary care doctors, they aren’t oncology doctors. They have no idea. Especially for young women. I was told so many times: ‘You’re pregnant. It’s so rare to have cancer at your age. You’re breastfeeding.’ Even the doctor who did the testing didn’t think it was cancer because I was young and breastfeeding. If you think something’s wrong, it probably is.”