Live Action News — The New York Times shared a video earlier this month of “Modern Love: Lost and Found,” viewed thousands of times on its Facebook page. The Times’ Facebook status update simply reads, “A 17-year-old girl, put up for adoption at birth, finds her biological mother on Facebook.”

But the while story is, as you might expect, full of more twists and turns than could be posted in a single Facebook status update.

It is the true story of author Tré Miller Rodríguez, who placed her daughter for adoption when she became unexpectedly pregnant as a teen. And 17 years later, her daughter (after about a year of admitted social media “stalking”) contacted her on Facebook.

Rodríguez wrote in The Daily Beast in 2013 that abortion was not an option she wanted. “My teenage brain considered the ‘situation,’ and when neither abortion nor single motherhood added up, I announced adoption,” she said, adding that her own father was adopted.

Rodríguez wrote about her choice of an adoptive family:

I corresponded with potential adoptive parents and spent a long weekend in Boise with the frontrunners. Jack and Lisa aced my teenage litmus test: 30-ish homeowners with master’s degrees; Christian but not culty; political views that didn’t make me cringe. On Dec. 29, 1993, I went to work, left at lunch, and gave birth by nightfall. Open-adoption paperwork was signed the next day, and I placed Laurie in the arms of her ecstatic parents. There was no hesitation or regret: I knew adoption was the right decision for her—and for me.

After her little girl had been placed with an adoptive family, her daughter’s biological father at first contested the adoption for six months, until Rodríguez’s brother unexpectedly passed away.

When Rodríguez was 19, her mother gave her a corsage for Mother’s Day, which Rodríguez says “was as foreign as a lacrosse stick. Or a set of knitting needles.”

When she protested, claiming she was not a mother, her mother replied, “You gave birth to your daughter. That makes you a mother.” Rodríguez’s mother was right: birth mothers are mothers, too, and they deserve to be recognized.

Rodríguez wrote in the Huffington Post in 2013 how different Mother’s Day was for her 18 years later:

Eighteen years after this awkward May Sunday, I acknowledged my first official Mother’s Day. It wasn’t celebrated with corsages, a child on my lap or with my husband, who had suddenly and recently died at 40. It was celebrated with a phone call and gifts from the same daughter I’d given up for adoption. The same daughter who’d sent me a Facebook friend request nine months earlier — and set into motion the series of events that would alter my life.

Rodríguez had always wondered if “someday” — the day she would hear from her daughter — would come. When it did, she learned that her daughter, Laurie, had found her blog and was “excited” to read the story of her birth there. Laurie told her, “I printed it so I could read it whenever I wanted,” adding that she had “cyberstalked you for, like, a year before friending you” on Facebook. 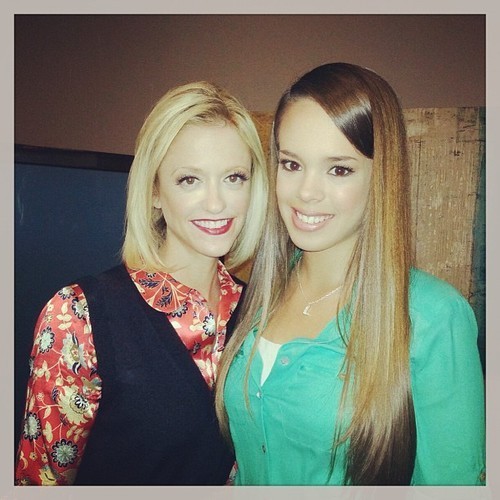 “Our phone conversations jump from books to boys and from prom dresses to summer plans,” she wrote, announcing that at the time, they were planning to meet in California, where Rodríguez’s daughter would at last meet her biological grandparents and great-grandparents.

Rodríguez is proof that unplanned pregnancy does not have to end in abortion, and may very well be something that changes a woman’s life — and her child’s — for the good. Rodríguez is grateful that her daughter has let her into her life as a sort of “cool aunt” figure.

After the loss of her husband, she says the “daily texting and weekend Skyping” with her daughter “began to lift me out of my grief stupor” and helped lead her into healthier, less self-destructive, more purposeful habits.

Help us end the pressure surrounding abortion by sharing our latest video with your friends!

This article was originally published by Live Action News and was written by Kelli.