Live Action News — Hollywood isn’t known for being pro-life. But that doesn’t mean abortion is being promoted in every movie and television show, much to the chagrin of pro-abortion advocates. These advocates — some of them Hollywood stars themselves — complain about the lack of pro-abortion messaging on-screen.

“Sex and the City” may seem an unlikely source to find a pro-life message. Indeed, two of the characters admit to having had abortions. But the only time a character faces an unintended pregnancy during the series, she ends up changing her mind at the last minute and keeps the baby.

Miranda Hobbes is a high-powered attorney whose career comes first above all else. But in season four of “Sex and the City,” she has a one-night stand with an ex-boyfriend and finds herself pregnant. Miranda is shocked, because she had previously been told that getting pregnant would be difficult for her — she has a lazy ovary — and her ex-boyfriend had testicular cancer. Still, despite the shocking fact that she was able to get pregnant against the odds, Miranda is at first insistent on getting an abortion.

Meanwhile, Charlotte York, another main character, is struggling to get pregnant, and finds out that she only has a 15% chance of ever getting pregnant. “What are you gonna do? You’re not even going to consider having it?” Charlotte asks her. “This is not in my plans right now, and I really feel awful talking about this in front of you,” Miranda responds. Furious, Charlotte leaves, but Miranda is determined that abortion is the best option for her.

Later, Miranda goes to the abortion clinic with Carrie Bradshaw, the centerpiece of the show, and doubt and worry begin to set in. “Does it hurt?” she asks Carrie. “Not really. Mostly it’s just unpleasant,” Carrie responds. Miranda continues pressing about Carrie’s abortion experience, asking, “How long until you felt back to normal?” And Carrie answers with a very politically incorrect answer, replying, “Any day now.”

“Charlotte only has a 15 percent chance, and she’s really trying. What if I wake up at 43 and find that my one semi-decent ovary gave up, and I can’t have kids?” Miranda says fearfully. “This happened against all the odds. My stupid egg found its way to the three sperm he had left. God, is this my baby? I mean, what am I waiting for?”

Still, she goes back with the nurse when her name is called… only, in a twist at the end of the episode, Miranda announces that she couldn’t go through with the abortion, and is keeping her baby.

The creator of “Juno” is insistent that the movie was not meant to be “pro-life propaganda.” Yet despite that, it’s indisputable that the film contains a very pro-life message.

In the movie, the titular character of Juno is a high school student who finds herself pregnant. At first, she is considering abortion and goes to a clinic, where a protester outside tells her that her baby has fingernails.

Then, as Kristen Hatten wrote for Live Action News, the reality of what she’s about to do hits her.

“The workers are dead-eyed and look right through the protagonist, offering her flavored condoms and not much else. As she sits in the waiting room, sounds around her begin to coalesce into a heartbeat – like her child’s.”

Juno decides against abortion, and instead, chooses adoption, with the support of her father and stepmother. 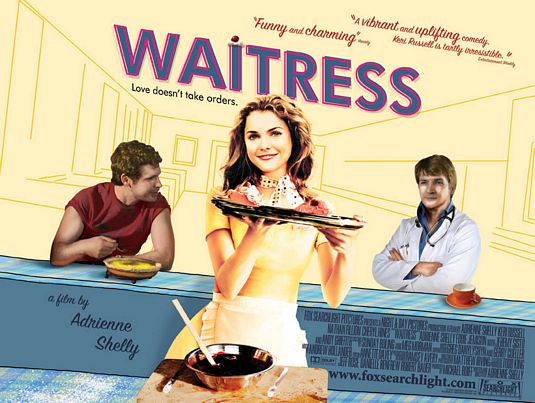 Keri Russell stars in “Waitress,” a comedy-drama film about a woman looking to get out of an abusive marriage and an unfulfilling job as a waitress by entering a pie contest, which offers a $25,000 prize. But when Russell’s character, Jenna, realizes she’s pregnant, her plans get turned upside down.

Jenna keeps a journal, where her thoughts about the unwanted pregnancy are revealed to the audience. Her initial bitterness towards being trapped in what she views as a dead-end life by the baby come out: “Dear damn baby, If you ever want to know the story of how we bought your damn crib, I will tell you,” she wrote. “Your crib was bought with the money that was supposed to buy me a new life. Every time I lay you down in that damn crib, I’m gonna think, ‘Damn baby. Damn Crib. Me stuck like a pin in this damn life.’”

Still, Jenna cannot help but fall in love with her baby as her pregnancy goes on. When she gives birth, she names her daughter Lulu, and Lulu gives her mother the strength to leave her abusive husband. Jenna tells him that she won’t let Lulu grow up with him abusing her as well. Jenna wins the pie contest, and starts her own diner named after her daughter.

The movie ends with Jenna and Lulu, now a toddler, walking home happily together. 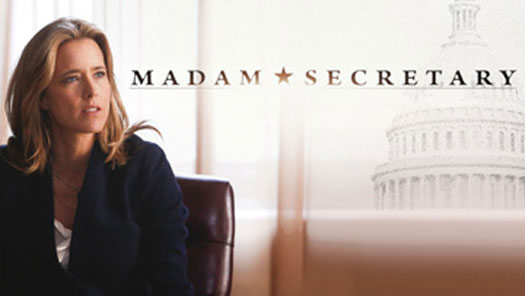 On the popular CBS show “Madam Secretary,” Tea Leoni’s character of Secretary of State Elizabeth “Bess” McCord doesn’t encourage a single woman to have an abortion — even when the father of the baby has died and the woman’s parents are “church people” who she fears will judge her.

Instead, Elizabeth lifts the new mother up and motivates her, telling her that “the best ride” is just about to start. This is quite the message — and a needed one — coming from a character who is portrayed to be an extremely successful woman.

Daisy Grant, the character facing the unplanned pregnancy, starts by telling McCord who the father is — a CIA operative who has now died. “His parents live in Connecticut, I guess,” Grant said. “But what am I supposed to say? Your son and I dated for a week before he got murdered. I only knew him by his cover name. Anyways, here’s your grandchild. Because that’s not a crazy intro or anything.”

“I think his parents might be comforted by a grandchild,” Elizabeth responds. “Yeah, but what about my parents? I mean, they’re church people,” Daisy says fearfully. “This isn’t exactly what they had envisioned for me. I mean, I… guess I always thought that I may have to do it alone, but not like alone-alone.”

Elizabeth doesn’t give up on encouraging Daisy, despite the younger woman’s overwhelming fear of raising a baby alone. “You are one of the strongest women I have ever met,” Elizabeth tells her. “Even if you don’t feel like it right now ’cause you’re drowning in a sea of hormones.”

“You don’t have to go at it alone,” she continues. “Your parents might be shocked, but you are literally the light of their lives and they’ll get over it. And Joe’s parents raised a hero, so, really, how bad can they be? Then you got all of us here. God help you.”

“It’s a beautiful world, Daisy. And the best ride is just about to start,” she concludes. 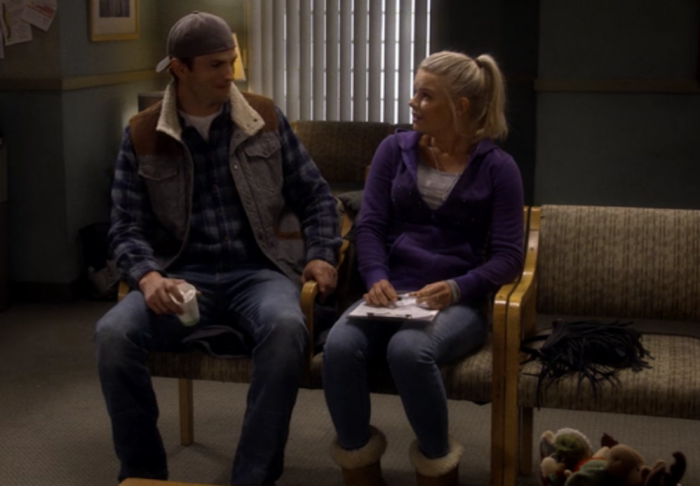 Ashton Kutcher is the star and executive producer of Netflix series “The Ranch.” Now in its third season, “The Ranch” follows Colt Bennett, a football player who is now a rancher. Kutcher promised that the show wouldn’t shy away from controversial issues, and when it came to the subject of abortion, he didn’t disappoint — but the position the show took came as a major surprise.

In the first episode of the season, Colt finds out that his ex-girlfriend Heather is pregnant. He is overjoyed and gives her a tiny football jersey to show he supports her. “I want you to know this kid will absolutely be my first priority,” he says. “You, you’re going to be a great mom. And I’m going to be a great dad. And the three of us, we’ll make a great family.”

Colt proposes, offering her a diamond ring, but Heather turns it down, insisting that she have an abortion instead. “I’m getting an abortion,” she says. “I’m 23, Colt, I’m not ready to have a kid. I’ve seen how hard it’s been on my mom and [my sister] Darlene to raise kids by themselves.”

The new father tries to tell her that she won’t have to go through it alone and that there’s a new, third life to think about now: “It’s not about what I want anymore, this isn’t about me, it’s about this kid, and we’re going to have to make sacrifices,” he says.

Heather refuses to listen, telling him that her mind is made up, much to Colt’s disappointment. “This is wrong,” he responds. “You can’t just take the easy way out.” Still, he accompanies her to the abortion clinic, where he gives her a St. Christopher medal, which Heather places around her neck — and as she’s filling out the paperwork, she suddenly changes her mind.

With that, she and Bennett agree to leave the abortion clinic and never return. With this episode of “The Ranch,” Ashton Kutcher and the other stars show two truths about abortion: men can and should step up to be responsible fathers and save their children from abortion and women can and do change their minds at the last minute at abortion clinics. More men and women need to embrace the strength that Colt and Heather did, making a choice that values the new, third life they created together.

This article originally appeared at Live Action News and was written by Cassy Fiano.